A revelation about writing 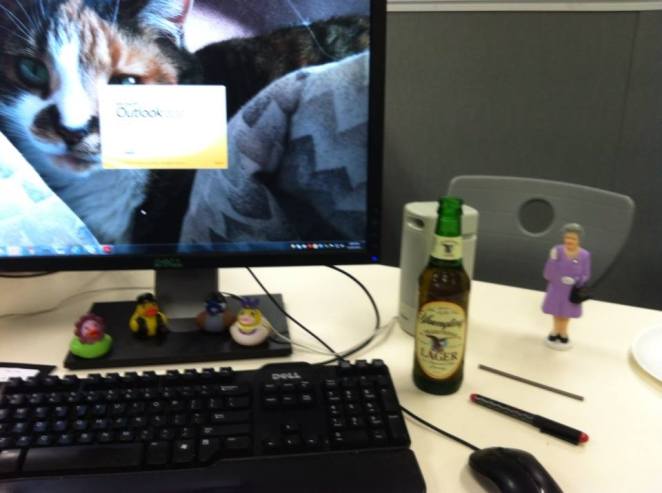 This month, I made two false starts on that novel that I pledged to complete fifteen days from tomorrow. The deadline is obviously shot, but I didn’t want the month to pass without being able to say “I have a work in process.”

So, I promised myself I would sit down and bang out a chapter this morning. I knew the story I wanted to use as a starting point for my “novel,” and I refused to stop writing until I had typed it out, beginning to end.

It reads like a great little anecdote, but it doesn’t feel like the beginning of a larger story. It feels more like gossip than literature… lively, fun, detailed and repeatable, but utterly without gravitas.

Perplexed, I left the computer, made a very nice cup of coffee, and took it to my favorite armchair… better known as “that black hole in the living room.” Seriously, once that thing has your butt, it does not let you go. It keeps you from doing anything but thinking.

I sat and sipped and sipped and sat. Suddenly, I asked myself a question. What makes my little story any less significant than the tale of Scarlett O’Hara’s failed seduction of Ashley Wilkes at Twelve Oaks? Even I could figure that one out. Scarlett’s personal tale was told against the backdrop of The Civil War and Reconstruction in Georgia. Her adventures weren’t just about her; they were about her times and her South, and how her behavior conflicted with the mores of her society.

I thought about the beginning of other favorite novels. A Tale of Two Cities is set during the French Revolution in Paris and London. Its setting separates it from countless stories of tragic love triangles, filling it with danger and urgency. The Once and Future King is set in Britain between the death of King Uther and the fall of King Arthur. Move it out of England in medieval times, and it’s nothing but the dirty little story of a man who is cuckolded by his loving wife and best friend.

Look at Harry Potter, even! His stories span the between the end of the first Wizards’ War and the final Battle of Hogwarts. That poor kid spends seven books waiting to fight Voldemort to the death… something that will surely happen at a specific place (Hogwarts) and  time (his last year of school). Take away his space/time, and reading through his series would be as pointless as browsing through another person’s yearbooks.

Maybe I’m on to something.  There has to be some significance to the time and place in which a story is set. They create urgency.

This seems to be true for plays, musicals and operas as well as for novels. The nineteeth century dooms the romance of La Traviata’s Violetta and Alfredo.  Even if they could escape the conventional mores of his aristocratic French father, which keep him from marrying a courtesan, there is no way they can escape her certain death from tuberculosis, incurable at that time.  On a lighter note, Eliza Doolittle has to acquire the language and bearing of an English duchess in time for the Embassy Ball… something that appears more appropriate to the turn of the twentieth century than the twenty-first.

As I read what I wrote this morning, I can’t tell how my protagonist’s story fits in to a specific time and place. She seems suspended, and in a sense, unimportant.

I have to figure out where to put her, and how much time to give her. Then, I need to fit her entire story…whatever it is… into those parameters.

This may be harder than I thought.

3 thoughts on “A revelation about writing”